ARC: From Chaos to Unified Action

Leveraging the Knowledge of the Employees

The strategy, purpose, and aspirations meetings generated so much discussion that two of the three required follow-up sessions so employees could explore ARC’s strategy in more detail, question details or dispute assumptions, or share opportunities based on client feedback.   The meetings were designed to walk employees through the logic of the strategy’s development, as well as gather more detail and insights about each market niche.

The employee input was particularly helpful in the many specialty regulatory niches. Each niche was a world unto itself.  Employee input was essential to a full understanding of the niche’s nuances and needs. Multiple niche strategies were improved in the discussions and one strategy was deleted and replaced with a new one.

When the meetings were first announced, most employees were either skeptical or amazed. No one could recall executives at any of their past places of employment being willing to share the responsibility of refining the strategy with employees.   Some attended with cautious optimism, some with complete cynicism, and others were determined to while away the time chatting with friends.  In the end, the employees were thrilled to be involved in refining the strategy.

Sutcliid kicked off each of the strategy, purpose, and aspiration meetings with a call for participation. After his remarks to the first group of employees, a long-time employee stood up and challenged Sutcliid. She asked him if this was just another fluff initiative for appearances, and then ticked off a list of initiatives which sounded wonderful and never were implemented. She explained  the employees were willing to give this effort a try, but she warned him they  were tired of B.S.. She cautioned him about the consequences of turning the results into fluff once more.  There were, after all, plentiful employment opportunities elsewhere. 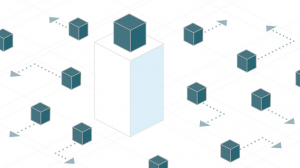 Sutcliid responded that he understood her concerns. One employee whispered to another, “Of course he understands, he used to say the  same thing to his uncle.” Waiting for the employee audience to be quiet, he delivered a heartfelt pitch, sharing with them that the company was at a tipping point. ARC was ready to grow to meet rapid demand in the market, but the executive team and the employees could not chart a course to increased profitability, he would need to sell ARC’s position and ability to meet market demands. His response quieted the group but did not convince them. It didn’t take long for the room to fill once again with employees murmuring  to each other about having heard this pitch before.

Despite the skepticism and wariness, the meeting continued. As the employees listened to the strategy, the facilitators did the unexpected.  Shocking everyone, the facilitators broke the employees into breakout teams, each with an assignment to identify the flaws in each of the three major initiatives. What was most unsettling was the feedback from the breakout teams was shared and posted. The employees’ skepticism shrunk a little and was replaced by curiosity. A reaction that would occur in all three meetings.

The most enthused employees were those who attended one of the two follow-up meetings, in which the executives asked the employees to provide more detail about their refinements. Once the refinements were understood, the executives incorporated the suggestions into the plan or, in an uncharacteristic show of transparency that further empowered the employees, explained why the suggestion would not work. Rejected suggestions were discussed further if someone championed them.

As a result of the employee involvement and the executives’ transparency ARC finalized a strategic plan in which the entire company was invested.

Many employees felt this was a new start and almost as many felt they were chasing fool’s gold.

The summary points were shared with everyone in the function. Employees were asked to comment on the points and a final open invitation meeting was held to finalize the function’s strategy and purpose. This process enabled the employees to quickly adopt the strategy and purpose. Their ability to be involved in the process led them to be playful, renaming each function to mirror its strategy.  They developed nicknames like the Metric Meteorites (formerly finance), and created a  Customer Knowledge function (formerly customer service), and established a shrine to Those We Love (an acknowledgement of best customers to work with).

Just as the functions had renamed themselves, so did the departments. The hallways were filled with colorful signs and symbols. Many employees felt this was a new start and almost as many felt they were chasing fool’s gold.

One or two executive team members attended each of the functional and departmental purpose and strategy meetings to watch and listen.  Their intent was to understand but not comment or intervene. The rules for the meetings allowed them to provide information and perspective, but only in answer to direct questions from employees.

The redesign process was perhaps the most dramatic. These meetings were the point of no return. The entire redesign process was a shift in power from the “omniscient” executives  to employee experts as the employees designed and built their expertise into the horizontal structure. Acknowledging and leveraging the expertise of the employees to change the basic operating processes and behaviors shifted the mindset of the employees. They no longer worked for ARC; they co-created the new ARC.

Each department redesigned their processes and behaviors, and evaluated mindsets in a process everyone found fascinating. The employees used the consultants’ diagnostic to redesign how the company needed to operate by answering the diagnostic questions as to how the company should operate in a horizontal structure. First they reviewed and discussed how they were currently operating as shown by the diagnostic results.   Then they discussed how the results should  be if they were in a horizontally structured ARC. This led to intense debates, probing questions on how details of many processes were currently  arrayed, and finally to a consensus on how the process, behaviors, and mindsets should be in the new ARC.

Of course no one could resist the ark analogy and they renamed the design process as the Great Float. The final step in the redesign process was testing the new ARC to see if it was “sea worthy”. The redesign teams proposed a process which would be fun and revealing.  ARC rented a huge meeting space in a nearby convention center which was big enough to fit almost all employees. The final exercise required lots of room as each and every process, unit by unit would physically and metaphorically be linked to represent a horizontal structure. Each unit had a swim noodle which represented the major processes running through the unit. Different units had different colored noodles so each units’ noodles (processes) were readily identifiable.  Each of the swim noodles also had attachment points to the next in line unit. The attachment points represented the process pass offs from one unit to the next. For example, one pass-off illustrated when the safety regulatory department should receive notice that a current client should be approached about signing the safety regulation package.

A small team of employees, managers and one executive observed the process as the units aligned their noodles with the next unit. Disconnects were immediately identified. Designated employees took notes on the disconnects, met with the downstream team in the adjacent unit, and redesigned the pass-offs. If a pass-off needed more than a quick fix another team of employees recorded the problem to be repaired afterwards. Linked noodles detailed each process’ path from point of origin (lead generation) to conclusion (client’s feedback documented and used in metrics). When all the noodles linked together correctly, the Great Float was considered a redesign success.

Once the redesign was done, the employees and managers created implementation plans. Each plan specified needed changes, the sequence of the changes, developed action steps, and detailed assignments. The overarching implementation plan accounted for working in parallel systems for six weeks so that unexpected blockages and missed connections could be fixed without disrupting client service. 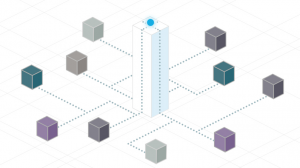 Revenue began to increase well before the implementation process was complete. Sutcliid attributed this to his employees’ new self-realization and spirit. This time the executive team wholeheartedly agreed with him because Sutcliid was right. The company’s spirit had completely changed. Most employees felt they had been through a transformative experience. Not only was the company transformed, but everyone who was involved had changed. The transformation process had changed their relationship to ARC which in turn changed them and their relationships with others. They truly felt as if they were an important part of a success story, a company which had grown to be an industry leader and innovator.

Departmental meetings were no longer boring exercises in listening to what they should do and what they needed to do. Instead they had become collaborative meetings in which maintaining and incrementally improving client service was a way of working. Employees examined departmental results from the perspective of owners and the creators of the new ARC.

The sense of ownership permeated every layer of the company. People no longer walked past a piece of trash on the floor, ignored a dripping faucet, or believed a client problem was just a routine issue. Employees cared about even the little day-to-day chores and quickly addressed client problems, insisting the problem was not considered resolved until the root cause had been identified and repaired or changed.

Quarterly results meetings were now well attended and vigorous involvement by all participants became the new norm. Employees viewed quarterly results as a direct result of their work and the work of their colleagues. Teams began presenting departmental results with a full analysis of how the department contributed to ARC’s overall results. These reports supplemented or dove deeper into details than functional and departmental leaders.

The quarterly meetings also transformed into a frequent source of improvement.  New product and service ideas were discussed, directly linked to the current results, and projected forward.

Innovation and continuous improvement was now built into the fabric of ARC. There was no need for there to be a separate department in charge of developing new ways of working, new products, or services.

After a yearly employee meeting, Sutcliid quoted Jillian Michaels to his staff, “Transformation is not five minutes from now; it’s a present activity. In this moment you can make a different choice, and it’s these small choices and successes that build up over time to help cultivate a healthy self-image and self esteem.”

Partnering with us allows organizations to uncover and leverage valuable, diagnostic data.